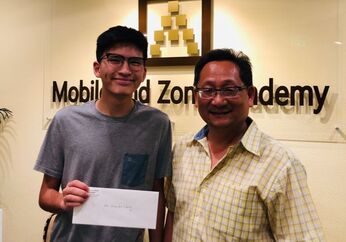 "Starting Computer Science and taking the corresponding Advanced Placement course at Diamond Bar High School, I was intimidated at first by the sheer abundance of information and the complexity of Computer Science. Luckily, Mobile End Zone Academy has proven to be a reliable source for information and inspiration throughout my entire learning process. The encouraging teachers and friendly classmates created a positive learning environment that sought to not only teach but also to inspire...."
"For those learning Computer Science for the first time, I have a few recommendations and suggestions. First and foremost, don’t get caught up too much in the complexity of Computer Science; rather, have fun with it! Although it may seem completely foreign, I guarantee you that learning and understanding the material will come with time and effort. Passion, on the other hand, can’t just simply be taught, but it’s so important when it comes to familiarizing yourself with any subject. In addition, I encourage you to explore the applications of Computer Science and how our entire world has been influenced by it. From Artificial Intelligence to Big Data, Computer Science is utilized in a variety of subjects and its growth is continuing...."
"Graduating from high school, I hope to pursue a double major in Computer Science and Business Administration at the University of California - Berkeley. Because of my previous experience with Mobile End Zone Academy, I have already familiarized myself with the fundamentals of Computer Science but I hope to pursue it to a deeper level. More specifically, I am interested in the applications of Artificial Intelligence and would like to benefit society through different innovations. However, even if you do not plan to major in Computer Science, I can assure you that there will be plenty of applications in which you were thankful that you learned the basics of Computer Science. I wish everyone taking Computer Science the best of luck regardless of which major you do end up choosing!" 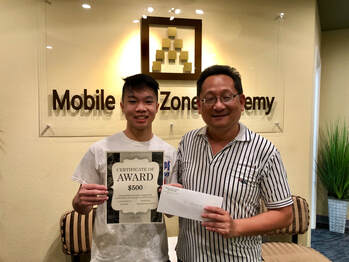 "To all the future Mobile End Zone Academy students: I strongly believe that attending this school prepared me very well for the AP Computer Science A exam. As someone who had no prior knowledge in coding, I was not very confident in my ability to do well in my class in school let alone the exam. However, after about a week or two of attending Mobile End Zone, I started to notice that I found the class in school manageable, as I had a head start over everyone else. The schedule for Mobile End Zone was designed so that the last few weeks were primarily focused on practice tests and looking over mistakes. Because of that, the rate at which we learned the course material moved way faster than the rate at which we learned the material at school. Because I knew the material ahead of time, I was having an easy time following what was going on in class, and that allowed me to ease into the more difficult topics of each section.....For my future with coding, I’m looking to major in Computer Engineering, Computer Science, or Data Science. My main goal, although it might be a stretch, is to work at a big tech company such as Google or Apple....I’m very grateful I started coding my Junior year. Going to Mobile End Zone definitely got me started off the right way and helped me get a full score on the CSA exam. My suggestion is to ask many questions and listen very carefully in class. The lessons in class are valuable information that you don’t want to miss, as it will help you tremendously in the long run. Have fun coding!" 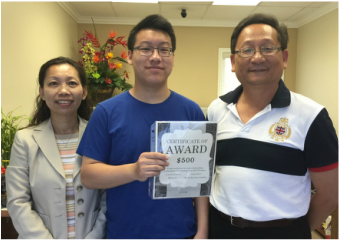 “ I was first exposed to computer science when I took the AP Computer Science course at Mobile End Zone Academy. I knew absolutely nothing about computer science. In the beginning, the professors told me that for every class, I would need to spend an additional four hours of work….” “It’s like learning a new language, which can be quite hard. Well, not four hours of additional work hard, but not as easy as a hot knife slices through butter. But, with the help of the professors, I learned the basics of Java. At first I could only write simple lines of code such as System.out.println(“Hello World!”); ,but I was soon working on “extra credit” projects such as Gameland and Knight’s tour which I’ll spare you the code for because trust me, they are just long blocks of boring code. However, the feeling you get when you accomplish these projects is amazing. It’s great to know that you can solve what seem like simple, everyday problems, but really are harder in the computational world with a basic mastery of Java. In hindsight, taking the AP Computer Science course was a big improvement to my life. Many majors, including mine, can benefit from a basic knowledge of coding and even if it does not, it was great finding out that I love coding. “ 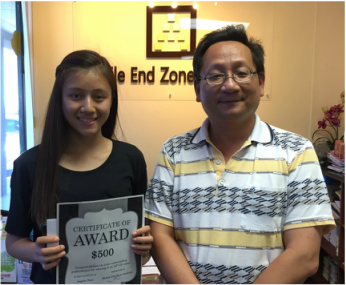 " The AP Computer Science class at Mobile End Zone Academy has been an amazing experience! Before I took the class, I had no idea that I would be interested in computer science. It was the first time that I had been exposed to coding, but Mr. Yeh introduced the topic in a way that made it easily understandable." ...." I had the opportunity to take the class through meeting online with one other student, and the small class size was very beneficial. I felt very comfortable asking for clarification, or participating in discussion. Also, the lesson plans were very well structured, and through taking many practice tests, I felt prepared for the test. Moreover, Mr. Yeh is always very patient and ready to help answer any questions that students have, and I could not have performed as well without his guidance. Not only did he teach the material well, he made sure that his students understood." .... " Now that I have gained a background in coding, I feel empowered with practical knowledge that can lead to great future careers and opportunities. I definitely recommend students to take a coding class at Mobile End Zone Academy because the skills you will attain are invaluable! " 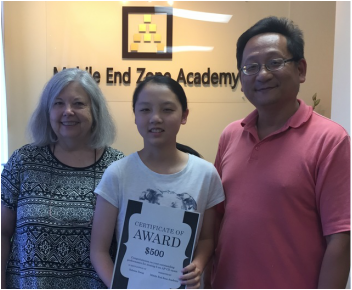 " I scored a 5 on the AP Computer Science A test in 10th grade. Yet, when I first started learning Java, I had no idea that it was related to APCS. The initial reason why I signed up for programming class at Mobile End Zone Academy was to learn a skill that seemed interesting and hopefully make some use of the summer. "...." Although I stepped into class with no programming experience other than a basic introduction to Python that I had long since forgotten, it was easy to catch on. The small class size allowed every student to get individual attention and help from the teacher and teaching assistants. The “backwards teaching” method (watching video lectures for homework and then doing projects in class, instead of the other way around) worked really well - the video lectures offered basic understanding of the concept, while projects helped us fully understand the details and how to apply it. We also had about 2 months of extra review, after going through the whole course, which was extremely helpful in getting accustomed to the test format and solidifying my understanding of the material.".... " By the time the AP test came around in early May, I felt fully confident in my knowledge of Java programming, and thanks to the great teachers at Mobile End Zone there was never really any doubt that I would get a 5. While this was an accomplishment in itself, the real value of this class was in the number of career opportunities it opened. I would recommend this class to anyone who is interested in programming and computer science as it is a worthwhile and rewarding class. "

Words from our alumni 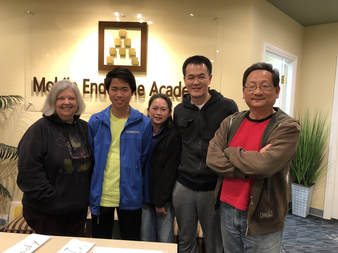 "I have always loved to build robots. For a robot to function properly, we need to design, build, and program it. One of the main reasons I was recruited to my robotic team (The Aluminati) was that I have programming skills. I took my first programming class at Mobile End Zone Academy when I was at 7th grade. I learned to code with Visual Basic, one of the most fun classes I have ever taken. Since then, I have taken several other coding classes at Mobile End Zone Academy. The teachers there were very knowledgeable and professional... As a new leader, my role is to recruit new members to our robotic team and I'll always look for someone who knows how to program our robot!"