洛杉磯加大(UCLA)醫學院臨床教授、婦產科醫生、居家醫療協會與醫療網董事。畢生為推廣醫療教育不遺餘力，曾擔任PBS, NBC, ABC….等傳媒醫療節目主持人，並著書推廣居家醫療。早年創辦醫院衛星網路電視(Hospital Satellite Network)，為醫生、護士、藥劑師…等專業醫療人員及病人提供最新的醫療保健新知與在職訓練。將為本校學生提供醫藥(Medicine)、資訊科技(I.T.)、傳媒(Media Content)、電信 (Telecommunications)、創業(Entrepreneurship)…等方面的諮詢。Dr. Pion hosted his first medical television series in 1968 on Seattle’s PBS station and followed this with a health series for children on Seattle’s NBC affiliate. He co-produced and hosted a health-oriented ABC radio series for teenagers, and organized the nation’s first hospital-based closed circuit television system for patients at Kapiolani Maternity Medical Center in Honolulu. During the 1970s Dr. Pion co-developed and hosted a parenting series on Hawaii’s PBS station, and produced patient education video programs designed to help document informed consent. He served as medical correspondent for KNBC’s Alive and Well news feature in Los Angeles, and was the founder of Hospital Satellite Network (HSN). HSN designed, produced, and distributed hundreds of accredited education and training programs for physicians, nurses, pharmacists, other healthcare professionals, and patients. The network became an innovative leader in developing cost-efficient medical video teleconferencing during the 1980s. He co-developed and hosted the nationally syndicated television series, Group One Medical, and hosted specific-disease-management videos targeted to the homecare audience. He was host of Milestones in Medicine, a regular Sunday night feature of Lifetime Medical Television during 1990s. He’s also hosted a series of specific-disease-management videocassettes for patients produced by the Hume Medical Group of Toronto. Dr. Pion served on the board of directors of the American Academy of Home Care Physicians and the Abbey HealthCare Group. He co-authored a book about the business of caring for patients at home published by McGraw-Hill in 1999. Dr. Pion is a graduate of New York University (Phi Beta Kappa) and New York Medical College (Alpha Omega Alpha). He is a clinical professor at the UCLA School of Medicine, and a Fellow of the American College of Obstetricians and Gynecologists.

河濱加大(UC-Riverside)生物工程系副教授、加州科學競賽評審。不到二十歲即取得加州理工學院(CalTech)學士學位，並擁有UC-Irvine物理博士學位。曾任教於哈佛醫學院，有超過40篇論文在專業期刊中發表、七項專利發明、主講過近100場專題演講。將為本校學生提供生物工程(BioEngineering)、醫數理工(S.T.E.M.)…等方面的諮詢。Dr. Park is the Assistant Professor in Bioengineering Department of University of California Riverside. His current research focus in the study of how neurons and their associated cells processing information, and how to interface with them without invasive contact. Dr. Park loves to mentor students who are interested in Bioengineering field. Being a high-achieving student himself, Dr. Part received his BS degree from Caltech prior to the age of 20, and earns his Ph.D. degree in Physics from University of California, Irvine. He has published over 40 research papers and invented 7 patents, and received the National Institutes of Health's Pathway to Independence Award. Dr. Park's mentorship to the youth of our community is an invaluable gift for any students who want to follow his footstep into the exciting field of Bioengineering. 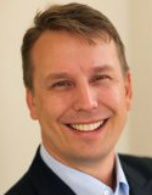 本校創辦人，曾任GoTV Networks 資深技術總監、MedRule 公司副總裁，並創辦The CoolDoc科技公司。近年為知名美國廠牌如NFL, Sprint, ESPN, Univision, Sony Crackle, Verizon負責規劃其行動科技策略，並帶領他的技術團隊，開發與設計iPhone、Android軟體，協助這些大公司進入行動科技領域。有敏銳高科技產業嗅覺及管理能力，曾協助矽谷多家公司上市。發明多項專利軟體，用來管理醫療資訊。早年畢業自台灣台大，擁有美國名校電腦及土木工程雙料碩士。在本校精心規劃「前進高科技」系列課程，幫助青少年將喜愛「玩電腦、打電動」的興趣提升為「升學利器」和「謀生能力」。自開課以來，透過言教身教和第一手的高科技經驗傳授，廣受學生喜愛；已發掘出多名深具潛力的青少年科技菁英，並計畫將他們培育成為科技新貴。將為本校學生提供行動科技(Mobile Technology)、醫療資訊系統(Medical Informatics)、通訊(Communication)、Social Media(社群網路)、創業(Entrepreneurship)…等方面的諮詢，以及負責相關培訓課程。Thomas has over 18 years of experience in technology innovation and software engineering in start-up and grow-oriented companies.  He has supervised large team of software engineers, managed changing requirements in a fluid, fast pace, customer-driven environment to produce successful software system through team efforts. Thomas is an expert in iOS, Android, Unity 3D and cross-platform mobile development, and has been promoting technology education to youth to share his passion in high tech and enrich new generation of technology enthusiasts. Thomas loves to work with youth, loves to encourage youth to work hard, and demonstrates what they can accomplish if they set a goal in science and engineering. Challenging the impossible has been Thomas' career and is part of the culture of Mobile End Zone Academy.